Running an addiction treatment center or pharmacy comes with its fair share of problems. Most of these stem from the fact that such facilities deal with many different controlled substances. And sometimes, health workers and patients suffering from addiction try stealing them when their supplies run dry. If you want to learn more about the safe storage of controlled substances, this piece is for you.

Controlled substances are prescription, controlled drugs, or medication that the United States CSA (Controlled Substance Act) regulates since they have a high potential for dependence and abuse. There are four main categories of controlled substances: schedule 1, schedule 2, schedule 3, schedule 4, and schedule 5. Schedule 1 drugs are substances such as heroin and methaqualone associated with no federally-accepted application in US treatment facilities. On the other hand, although schedule 2 drugs have a higher potential for abuse than schedule 1, they are used for medical purposes in the US, but some come with severe restrictions. Common drugs in this category include morphine, cocaine, and methadone. Unlike schedule 1 and schedule 2 drugs, those in schedule 3, such as codeine and anabolic steroids, have less potential for abuse. They are also federally accepted for medical treatment in the United States. Schedule 4 drugs like diazepam and pentazocine, and schedule 5 controlled substances, including cough preparations containing codeine, also have a low potential for abuse, but it's much lower in schedule 5 than 4. That means abusing drugs in schedules 4 and 5 may lead to limited psychological or physical dependence.

Controlled substances are highly susceptible to theft from addicted strangers, patients, and employees in your facility. That is why you should do everything possible to ensure they are safe. That includes:

Storing them in a DEA approved safe

As the name suggests, DEA-approved safes are safety components the US Drugs Enforcement Authority (DEA) recommends for storing schedule1-4 controlled substances. Generally, the DEA requires stakeholders to store all controlled substances behind safes with a minimum of two separate keyed locks. But schedule 1 and 2 drugs should be kept in a substantially constructed steel cabinet or safe that is 750lbs+ in weight or secured properly on a wall or any other services. On the other hand, you need a two-door, wall-mounted lockbox with two different keys to safeguard controlled substances and conform to DEA regulations.

Keeping an eye on inventory

Meeting patient demands effectively requires you to have a properly stocked facility. However, the surplus you have can be stolen and abused, mostly by the individuals around you. To ensure that doesn't happen, count everything susceptible to theft regularly. Remember, your memory isn't perfect and can interfere with recollection. So record each count and confirm before closing or opening the shop. The same applies when anyone, including your assistant, accesses the safe to retrieve certain medication. 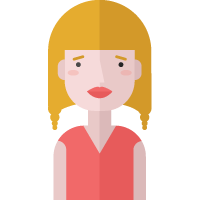 Since the day that you bought your house, have you replaced the locks on the doors of the home? No matter whether you bought the house off of a previous owner or had it built from the ground up, it is important to have the locks changed. Why is it so important? Well, it's because you don't know who has copies of the keys to the doors! Having lived through a home invasion, I have done a lot of research about how to better protect my home. I learned that my first mistake was not changing my locks before moving into my house. You will find many home security and safety tips on my website to help secure your home and prevent the same scary situation that I lived through.